Home /  Computers & Accessories /  Accessories /  Audio & Video Accessories /  Computer Speakers /  Audioengine A2+ Wireless 60W Powered Desktop Speakers | Built-in 24Bit DAC & Amplifier | Bluetooth aptX Codec, Direct USB Connection, 3.5mm and RCA Phono inputs (Bluetooth - Wireless, Red)
A. P. Bristow
Ordered these in March. Prompt delivery, well packaged & looked & felt like a quality product & for their size sounded excellent.
HOWEVER, the left hand speaker has now developed a fault, it emits a soft quiet buzzing. Worse this is an intermittent fault. Contacted AudioVisual Online & was instructed to return for examination (£20 including insurance). Within ONE day I received an e-mail saying there was nothing wrong with them & to contact AudioVisual Online to arrange o pay for their return. What's the point, they can't be used

Having re-read several other reviews it is clear that there is a consensus, great speakers if nothing goes wrong with them, hard luck if it does,

The above review was given some weeks ago & I feel it only fair to update it.

After what I considered was an unsatisfactory initial response to my reporting that the speakers had developed a fault, my speakers were
replaced & I have had no further problems with them. One cannot really ask for more & they really are excellent speakers, clear, transparent
& detailed. No overwhelming thud thud thud bass, but if its on the recording one hears it.

I feel I have to raise my initial rating to four

Mr. Michael Gover
I have bought these to replace an elderly pair of Logitech speakers that would be worth around £25 new. Those were good enough for games, but to my ears completely unacceptable for music.

In my sitting room I have an ancient pair of Spendor BC1 speakers with high quality amplification, tuner and CD. That system would cost £5000 to replace with new kit of the same standard.

Not to my surprise the quality is intermediate between the two.

I tend to listen to classical music at moderate levels - except when playing Wagner! These speakers are definitely good enough for me to listen to when at the computer or sitting elsewhere in the spare bedroom. I have the volume turned down quite low (12 o'clock on the control knob and 25% output from the computer). That's plenty loud enough when sitting two feet in front of them, and I think that you could sit anywhere in a small room and never run out of power.

The bass is slightly boomy and you definitely would not want an external subwoofer. I am using the USB input. This does mean no tone control. I could use the headphone jack (also supplied) and use the PC soundcard which does have tone controls. On the other hand the soundcard within the computer probably has higher distortion anyway. I will experiment.

The main point is that I now have something worth listening to, and the freedom to listen to anything available over the internet. I bought the red ones and they are quite pretty.

Since writing this I have moved them from my desktop to a shelf above it, and found that the bass quality is less boomy and the stereo imaging a bit better. Even at this price level, care with speaker placement makes a difference. For your room and your ears, you may find the best place is not where I would put them.
Jules
After some research, we purchased these Audioengine A2+W speakers to replace our broken Corsair SP2500's, that we have had since July 2012. We have been using these A2+W's since April 2017. Note, we aren't audiophiles, but we like to think that we can tell the difference between good & bad sound quality. Here is our experience thus far.

Pro's:
+Clear, quality, punchy sound in games( RTS/MMO) & music is equally so, picks up all the little backing lyrics/sounds really well.
+Nice stylish appearance, with 3 colour options available.
+Good quality feel, sturdy, solid weight wooden cabinets.
+That something extra packaging, everything comes in microfiber cloth bags.
+No sub, so takes up less room.
+A breeze to unbox & setup.
+No hassle, goes into power saving idle mode if no input for a period of time.

Con's:
-Pricey.
-Volume control is somewhat awkwardly placed on the back of the power speaker.
-No sub, so less bass.

In conclusion, these Audioengine A2+W's are a great replacement for our Corsair SP2500's, very pleased with them. Having always had speakers with a sub, the lack of a sub made us hesitant initially, but actually it hasn't been much of a miss at all in terms of our audio enjoyment, and the extra space is great to have. Highly recommended.
GerryQ
I had read several reviews of these speakers before their purchase...
They sit either side of my computer monitor, they sit on the Oak work top upon Oak mini stands I put together to to get them at the correct height/angle.
I'm sitting very close to the speakers <1 metre from either.
The sound stage is very impressive. OK no great thumping base, but I could add a sub for that should I want it - which I don't.
They can go louder than I find comfortable - (Though I'm right on top of them - Not trying to fill a large room)
They were bought to replace my previous set-up because re-arranging my office meant there was no longer room for my old NAD 3020 amp and monitor speakers. This system had produced a sound superior to almost every friend's computer for many years and seen off about 10 upgraded computer towers... I thought they'd be sorely missed... but 5 days in with the Audioengines and I'm beginning to hear why they get rave reviews - I really like them !
OK - Gripes that the volume control is behind the left speaker, which for my set-up isn't the best of access...
(Memo to self that next keyboard will have a mechanical rotary volume control - the one thing I still miss from the NAD amp)
Recommend Products 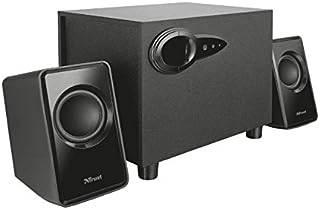 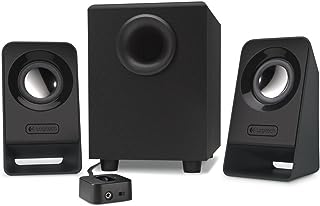 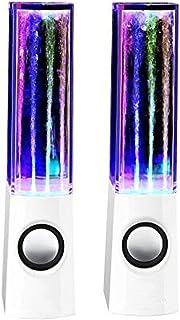 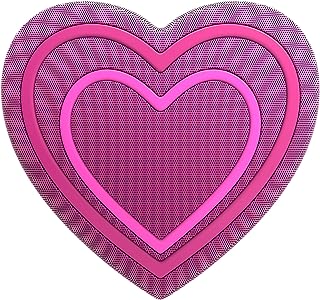 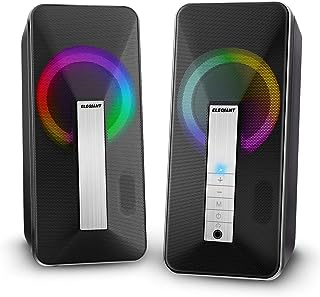 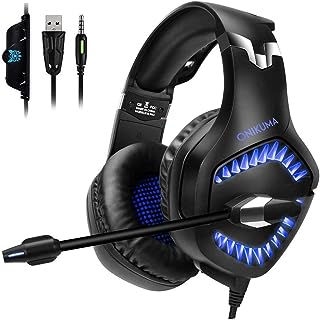 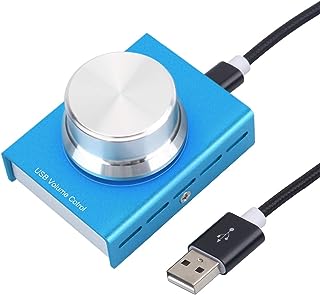 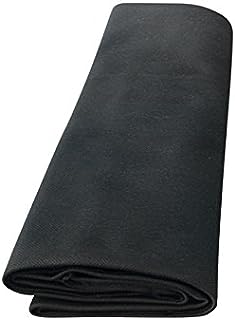 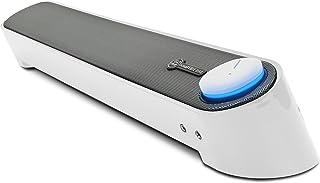 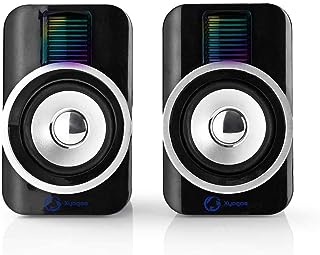 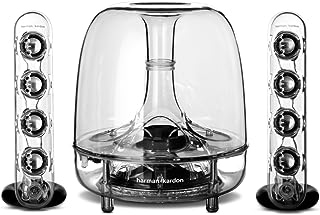